Why are Americans Becoming More Interested in the Champions League and Football in General? 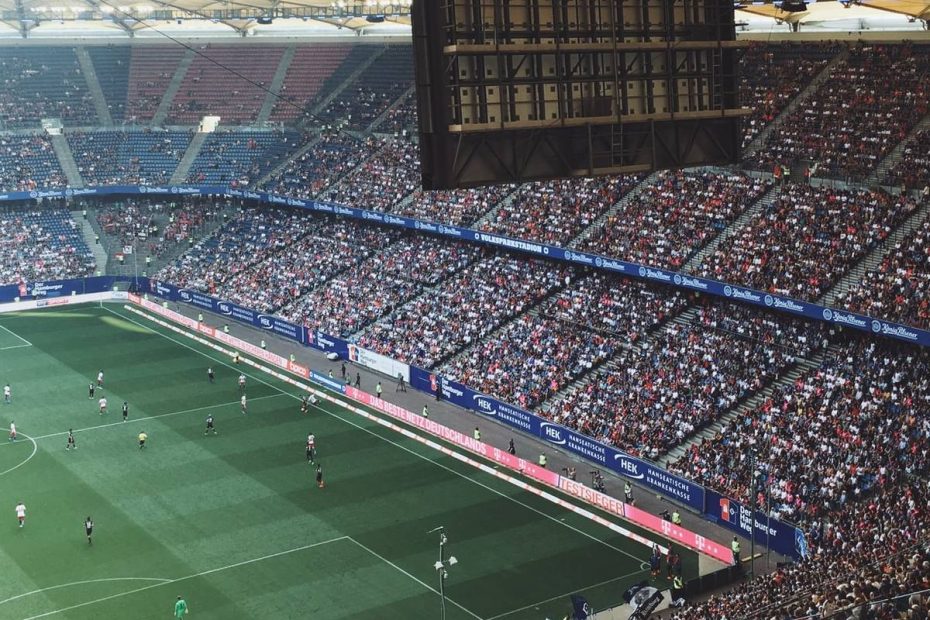 The 2021 Champions League Final averaged a combined 3.65 million viewers on English and Spanish language television in the US, becoming the second largest audience for the game since 2011.

The highest audience figures for a Champions League Final remains the 2011 match between Barcelona and Manchester United which amassed an impressive 4.15 million viewers.

These viewing figures are set to continue to rise with a new six year US TV dealhaving been struck in 2021 for all 380 Premier League matches throughout the season, as well as offering Spanish language coverage. The deal is said to be worth around $2.7 billion made by NBC sports, who have seen a huge increase in interest since its first broadcast in 2013.

With the chance to view so much football in the US, and not just MLS games, broadcasters have ensured the viewers have options. Be it through live TV or through streaming sites and apps, the access to football is not confined to the home at specific hours, it can be watched on the go or downloaded as well as live TV.

What is popular with Americans?

The morning kick offs have been a big hit with Americans ready to start their weekends with Premier League football. The time difference often allowing fans to tune in to the regular Saturday afternoon kicks offs in England over their breakfasts.

Football suits a lot of fans due to its set timings as well, being able to enjoy the game knowing it will last around 2 hours, whereas NFL and MLB games can go on for much longer and can be hard to predict and make plans around for families.

As states begin to legalise sports gambling across the country, there is a big interest in football betting with a number of different prediction blogs available for research. Today’s football predictionsites will give information on form, expected line ups and give history of the team’s previous meetings. Many will go into deep detail in order for the punter to understand as much as possible about a team or player they are looking to place a bet on.

Fans of football will always tune in to the biggest games with the biggest stars, and when players like Cristiano Ronaldo and Lionel Messi are playing, it doesn’t matter what nation you are from or who you support, they will always draw a crowd.

But for fans in the US, more and more national team players are leaving the states to compete abroad. This was no more noticeable than in 2021 when a USMNT player was guaranteed to win Europe’s most prestigious club competition. Christian Pulisic’s Chelsea side were playing against Manchester City with goalkeeper Zack Steffen, where both players were named as substitutes.

Pulisic entered the game in the second half, and it was his side which came away as champions with a 1-0 victory. The Pennsylvania native was not only the first American to win the Champions League but was the first to even appear in the final. This has helped build the excitement for football once again in the US, with more and more Americans playing in the European leagues the interest continues to grow.

After failing to reach the 2018 World Cup in Russia, there was disappointment. However, there is hope the US can return to and exceed previous exploits, after what had been a successful 2014 World Cup where the USMNT reached the knockout stages but lost 2-1 to Belgium in extra time.

Now players like Brenden Aaronson have moved to Austria to represent Red Bull Salzburg, Gianluca Busio is playing in Serie A for Venezia and Sergio Dest is playing for Spanish giants Barcelona. There is more scouting from European sides in the MLS as the league itself continues to grow.

Also competing in this seasons Champions league has been Tim Weah of Lille, Gio Reyna of Borrussia Dortmund and Tyler Adams of Red Bull Leipzig. All will continue into the knockout rounds of the Champions League or Europa League giving American viewers more big games to enjoy with American representation.

Football may be the most popular sport in the world but must compete with different sports in the US. The NFL, MLB, NHL and NBA have been established sports for generations while football has had to keep competing for recognition against these four giant sports.

Since the introduction of the Designated Player, or the Beckham rule as it is sometimes known, the interest in MLS grew and has maintained a high level of interest for football in the US. As interest grows, broadcasters are putting more and more resources into purchasing more rights to matches. This access will continue to fuel the growth of the sport in the USA, especially leading up to the 2026 World Cup set to be hosted by the USA, their second time after it was held there in 1994.