Who Is Vinnie Jones? 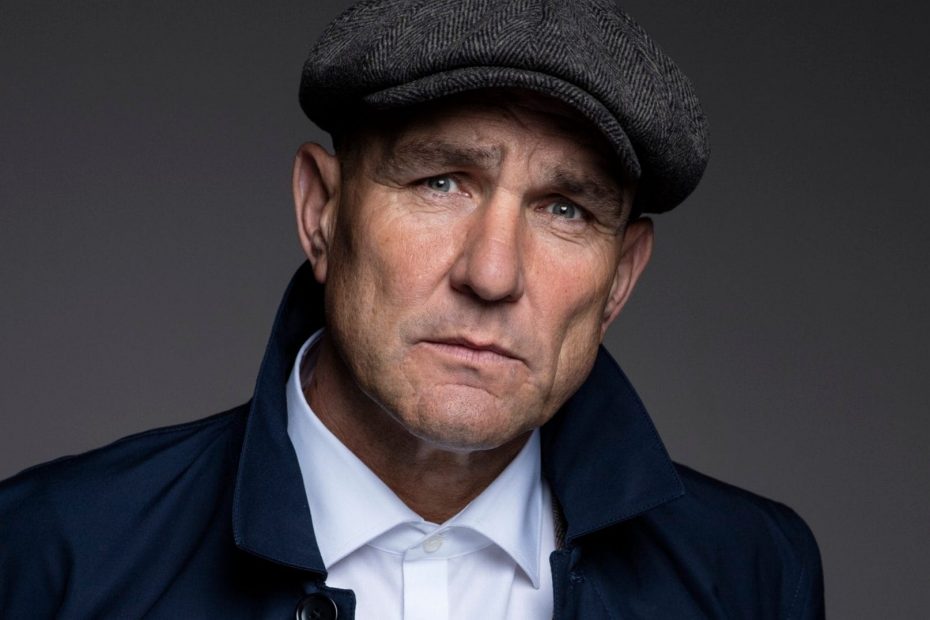 Did you know that Vinnie Jones doubled up as a construction worker at the start of his football career? During his free time, Vinnie would take construction jobs to keep afloat.

But it didn’t take long before his imposing frame and being nearly 6 feet tall made him the ‘perfect’ man for the job at his Wealdstone team. Jones’s career was skyrocketing. Things were looking peachy, alright, but a bad character quickly built up and soon caught up with him.

Still, Jones has earned his seat on both the field and our screens. He has won many awards and has embraced his acting career as a welcome change from football. So, let’s look at his career journey.

How Long is a Soccer Game?

Who Is Vinnie Jones?

Vincent Peter Jones is a British actor, presenter, and professional football player of Welsh and Irish descent. He was born on 5th January 1965 in Watford, Hertfordshire, England.

As he is commonly known, Vinnie Jones played as a defensive midfielder for teams like Leeds United, Chelsea, and Queens Park Rangers from 1984 to 1999. He also played and captained the Welsh national team and became a crucial member of the then “crazy gang.”

His football career started at 19 years of age after he began playing local amateur football and was soon signed by the Wealdstone team as a non-playing squad member. Vinnie witnessed the clubs’ victory at Wembley stadium in the 1985 trophy final.

He went on and played 184 premier league games and scored over 30 goals. He also won the 1988 FA cup for London, beating the champions Liverpool 1-0. At 21 years, he became a full-time professional football player and was signed by Wimbledon, who paid Wealdstone 10,000 euros.

He scored in his second appearance for the team in November 1986 in a 1-0 win over Manchester united. He later joined Leeds united in June 1989 at a fee of 650,000 euros, thriving as a tough midfielder receiving only 3 yellow cards during the season. The guy was like a wrecking ball.

He then joined Sheffield united at a transfer fee of 700,000 euros scoring 2 goals for them. Chelsea was next in line to recruit him at 570,000 euros transfer fee in August 1991, and he scored his first goal for the team in September 1991 in the 2-0 win against Aston Villa.

He made 52 total appearances for the team and 7 goals with only 3 yellow cards. After the FA premier league formation, Wimbledon welcomed him back in the 1992-1993 season. Vinnie helped them in their best league finish when they finished sixth in the premier league.

He stayed for three more seasons and contributed to the club reaching the semi-finals for both the FA cup and the League cup finishing at position eight, then later scoring the winning goal against Arsenal at Highbury.

He again left the Wimbledon team to double up as coach and player of the Queen’s park rangers in 1998 and scored against Huddersfield Town, then finally decided to hang up his boots and retire at age 34.

You see, Vincent Jones was not your proverbial star player like Lionel Messi or Ronaldo, who play passionately well, and by the rules. No, he was the exact opposite and was known to be very aggressive and violent on and off the field, earning him a ‘hard man’ image.

No player wanted to mess with this one; he would knock your socks right off! He was scared of nothing and no one and was very hard to control. The ‘hard man’ image came with much controversy throughout his career.

In his autobiography, he describes himself as either too strong, too high, too quick, or too wild. For instance, he was booked after a mere 3 seconds for a foul on the opposition player during the tie game between Sheffield United and Chelsea in the 1992 FA cup.

In October 1987, he was caught by cameras grabbing a player by his testicles during a league game for Wimbledon against Newcastle United. That wasn’t necessary. But even amidst such pure violation, he still became an international player.

Wondering why he never did time for such acts or got arrested? The fans just loved his daring, macho personality. Additionally, his position to many meant to intimidate and roughen up the opposition and get away with it.

Granted, Vinnie Jones would be spending a lot of time in courtrooms answering charges against him and getting a run for his money if he was still a player today. Nonetheless, he did get fined when he was a presenter at the show called Soccer’s Hard Men.

An archived video of Vinnie jones had been released. On it, Vinnie was seen on the pitch committing fouls and even encouraging the upcoming “hard men” to hold their position.

When he used his position as a presenter to make the tape inadmissible, Jones was slapped with a 20,000 euro fine and a 3-year ban for promoting gross misconduct in the game.

After surpassing 40 disciplinary points, he was summoned to the Football Association headquarters, where he failed to appear, and as a result, he was banned indefinitely from the FA.

When he was asked why he didn’t show up, Jones responded by saying he had mixed up the dates. The officials, in turn, told him to grow up simply. As for him, he took the ban as a pat on the back, no big deal.

Wimbledon chairman Sam Hammam branded him a “mosquito brain” since he failed to stay out of trouble. His tactics and persona would not be acceptable in modern football today.

He also continued to admit that his career did take a big blow downhill. In his words, he said, ‘It flew off the rails. It was a train going downhill with everyone in it and no spare seat, and he loved it and didn’t regret anything.

Despite the lack of regret, he has had his fair share of run-ins with authority. In June 1998, Vinnie was convicted of assault causing bodily harm and criminal damage against a neighbor earlier in 1997.

Later on, in 2003, he was charged with threatening behavior during an air rage incident where he slapped a passenger in the face and threatened to murder the cabin crew while on a drunken spree on air. He was fined 1100 euros and 80 hours of community service for this.

His firearm license was also revoked, and his weapons seized. He has been retired for the last two decades and holds the record to have been handed the 2nd most premier league red cards (seven).

Vinnie’s debut in acting and his film career prevented him from being wholly forgotten for his ridiculous tactics. One can argue that the film industry gave him a chance to reinvent himself. He admitted this by saying, “when the train slows down, you have got somehow to get it to the top of the hill so you can go again.”

Vinnie, 57 years old now, has since made a killing in his acting career. He still has that scary demeanor on his acting gigs in shows such as law and order: organized crime and the recent ‘rise of the foot soldier’ film, in which he targets the young generation.

He has blended well into the British true crime movies and gangster films since he can impersonate powerful acts of violence. During a recent interview, he admitted to being impressed by the movies and their roles.

He had a wife named Tanya, whom he had known since he was 12 years old. She, unfortunately, died from cancer in 2019 because it had spread to her brain. In 2013 Jones was diagnosed with the same skin cancer below the eye, got treatment, and survived.

Together they have a son who is currently in the army and a stepdaughter. He has since sworn never to marry again. Vinnie Jones is very proud of being British and conservative and splits his time between Los Angeles and Petworth, West Sussex.

When his therapist asked him when he had the most pride in himself, he replied that the age of 18 was one of his best years. According to Jones, he played football in a world that will never return, a time when an assault on the field was lightly taken as boys being boys.

Honestly, despite everything, the guy is badass. He has proven to be more than the fouls he committed. He is far from perfect, and he knows he made mistakes when he was young. Even though he doesn’t regret it, he is still a man looking to live his best life yet at the end of the day.