Who Has The Most Tackles In NFL History? 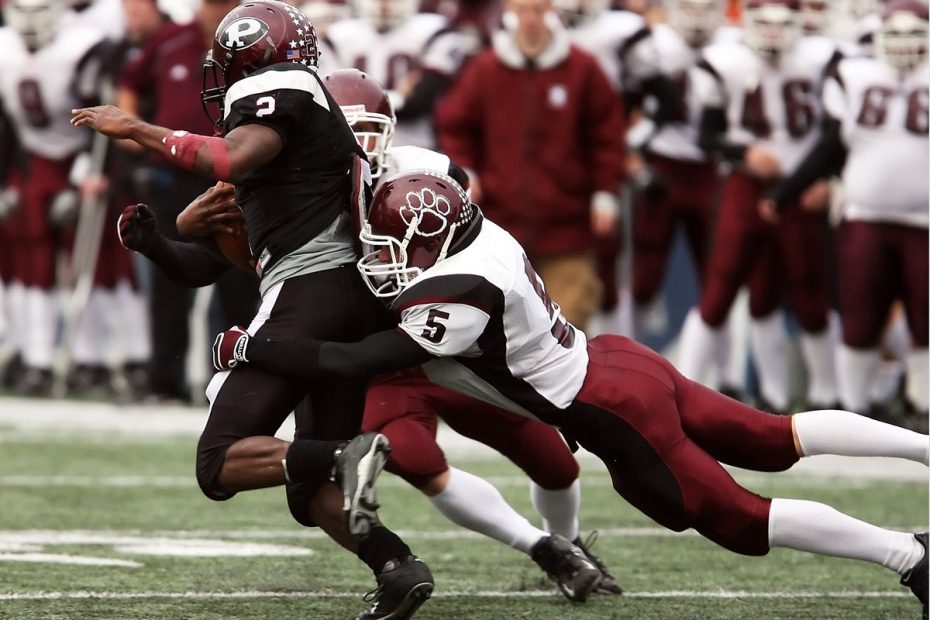 In football, a tackle occurs when a defensive player stops an offensive ball carrier’s progress by bringing him to the ground. When any portion of the ball carrier’s body, other than their hands or feet, contacts the ground due to the defense, it is called a tackle.

Nonetheless, tackling requires physical fitness. That is why linebackers have made the most tackles in NFL history. All the top 12 and 17 of the top 20 in all-time tackles were linebackers, and the bulk of their NFL snaps was spent in the middle linebacker position. Let’s find out who they are here:

The offensive tackle is a left and right offensive line position. The primary job of the OT is to keep defenders away physically or to block them from the offensive player with the ball, just like any other offensive linemen.

The name “tackle” is a throwback to an age of football when the same players played offense and defense. On the offensive line, the tackle is the most powerful position. They use rapid steps and maneuverability to power their blocks.

Outside protection is mainly the responsibility of the tackles. If the tight end goes out for a pass, the tackle must cover everybody not covered by his guard and anyone the tight end is not covering.

The team’s top-run blocker is generally the right tackle (RT). Most running plays occur on the offensive line’s strong side (the side with the tight end).

As a result, the right tackle will be pitted against the defense’s most excellent run stoppers. For the running back to locate a hole to go through, he must be able to generate traction in his blocks.

The team’s top pass blocker is generally the left tackle (LT). To offset the defensive ends ‘ pass rush, the left tackle will frequently have greater agility and footwork than the right tackle.

Because most quarterbacks are right-handed, they must stand closer to the line of scrimmage and throw while their left shoulder is facing downfield. As a result, they turn their backs on left-side defenders, creating a susceptible “blind side” that the left tackle must guard.

These duties might include simply maintaining the point of attack by refusing to be moved or breaking up a play in the opponent’s backfield by penetrating a specific gap between offensive linemen.

When a defensive lineman reads a pass play, his main goal is to pursue the quarterback or knock the ball down at the line if it’s within reach. The defensive tackle may also be responsible for seeking the screen pass.

The nose tackle is also called the middle guard or the nosed guard. It is a defensive alignment position used on the lineman. While it is the second defensive tackle in the many 4-3 defensive schemes, it is the only one in the 3-4 defensive strategy.

The strategy lines up the scrimmage line before the play and from the offense’s center in the “0-technique” position. This position is the most demanding in football in terms of physical agility and strength.

After all, the man in the position typically takes on the guards’ center and one, if not both.

Who In NFL History Has Made The Most Combined Tackles?

Here are the players who have made more tackles than any other player in history, including solo and combined tackles.

Ray Lewis, the renowned linebacker for the Baltimore Ravens, spent 17 years in the NFL and amassed 2,059 tackles. In 14 of his 17 seasons in Baltimore, Lewis would lead the club in tackles. With the Ravens, he won two Super Bowls and was known as the hard-hitting linebacker.

The first was against the New York Giants in 2000, when he also won Super Bowl MVP after collecting three tackles, two assists, and four pass breakups.

Lewis became only the second player in NFL history to earn both the Defensive Player of the Year and the Super Bowl MVP awards in the same season. In his final season, the Ravens defeated the San Francisco 49ers in the Super Bowl for the second time.

The Ravens linebacker has at least 40 career sacks (41.5) and 30 overall interceptions, making him the first player in NFL history to do so (31).

Fletcher led the league in combined tackles only once in his 14-year career (166). In 14 of his 16 NFL seasons, Fletcher had at least 111 total tackles and appeared in all 16 games. Fletcher’s dependability is a significant factor in his inclusion on this list.

The linebacker never missed a game throughout his career, and he holds the record for consecutive starts at the linebacker position. He is one of just five players in NFL history to participate in over 250 straight games. In the 1999 season, he was a member of the St Louis Rams squad that won Super Bowl 34.

Junior Seau, the late great, has the third-most combined tackles in NFL history. During his 20-year NFL career, the legendary linebacker played for the San Diego Chargers, Miami Dolphins, and New England Patriots.

Although junior Seau never led the league in total tackles, he played 20 years and covered sideline to sideline, allowing him to produce plays consistently. Seau topped 100 total tackles in eight separate seasons, and he started double-digit games in 15 of his 20 years on the field.

Longevity and dependability are significant factors in making these lists. Seau was regarded as one of the game’s most instinctive linebackers. With 1,849 career tackles, he was a sure tackler who always appeared to be in the right place at the right time.

In 2002 and 2006, Zach Thomas led the league in combined tackles, and in 10 of his 13 NFL seasons, he had at least 128 combined tackles. Thomas is the finest tackler in Miami Dolphins history, with 1,042 solo tackles.

Derrick Brooks has 12 straight seasons with at least 100 combined tackles, with just his rookie season and his last season not reaching triple digits.

Brooks topped the league in combined tackles once and soloed tackles three times. With 1,300 solo tackles, Brooks is the all-time leader in Tampa Bay Buccaneers history.

When Clay Matthews is mentioned, most people think of the Green Bay Packers and Los Angeles Rams linebacker, but his father was a great football player in his way.

Matthews has four times led the league in combined tackles and is the Cleveland Bitemns’ all-time leading tackler with 1,430 solo stops.

Hardy Nickerson played for many awful football teams during his career, but he’s one of the top tacklers of all time, and he owned the record for most total tackles in a single season with 214 in 1993.

Nickerson and Tuggle are the only players in NFL history to accumulate 200 or more tackles in a single season.

Donnie Edwards had at least 100 combined tackles in 11 of his 13 seasons, failing to do so only once in his rookie season and last season. With 592 solo tackles, Edwards is fourth on the Kansas City Chiefs’ all-time tackle list.

In his first three seasons in the league, Kyle Clifton led the league in combined tackles three times. With 1,468 solo tackles, Clifton is the all-time tackle leader for the New York Jets.

A defensive football player’s most fundamental stat is that people look for tackles. It never conveys the complete tale, but it does reveal that the player is frequently at the right place at the right time and has a keen sense of the game.

Since its establishment, the NFL has attracted a large fan base, and these outstanding players have been lauded for their delight on the field and the finest records they have.

Make sure to read also:

How Long Is A Football Game?