Who are the top 10 wrestlers of all times? 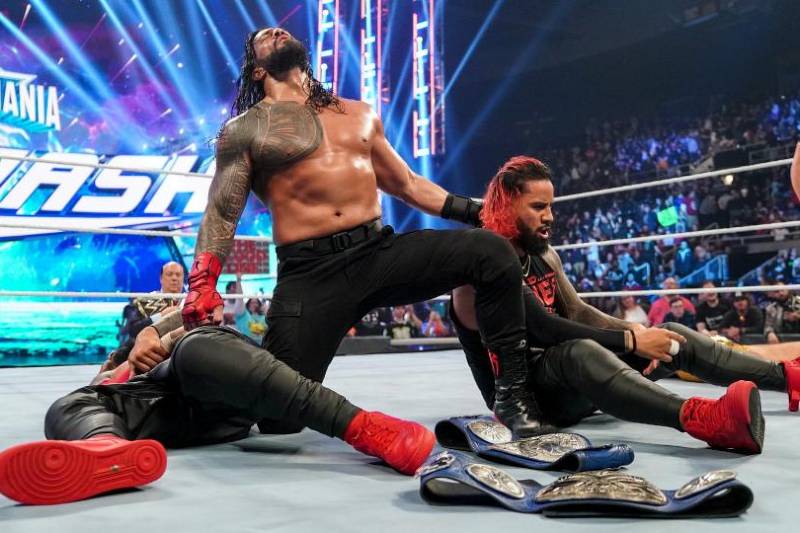 Here we are to talk about the oldest sport in the world and the top 10 wrestlers of all times.

For many years, sports have been a major factor in creating goodness around the globe. Some big guns have contributed to it largely. Speaking of wrestling, it came into existence almost 15,000 years back through cave drawings. Egyptian and Babylonian showed wrestlers using most of the holds known in the present-day sport. The advent of television in the 1950s brought professional wrestlers into the face of the media. The World Wrestling Federation (WWF) expansion made the sport an international phenomenon. Over a period, we have discovered how the number of wrestling fans is increasing daily.

Undertaker has called it quits on his glorious wrestling career; back then, he was almost the face of the sport. With a career transversing over three decades, Undertaker represented a golden generation while we watched his skills ageing like fine wine. Let’s quickly get to the list of the top 10 wrestlers of all time.

Top 10 wrestlers of all times :

Starting with a bang, Rock is definitely the greatest wrestler of all time. The wrestling superstar is a ten-time world champion, a two-time Intercontinental champion, a five-time tag team champion and a Royal Rumble winner in 2000. The third-generation wrestler also bagged a failed football career, successful business and acting skills. Being a remarkable high-school athlete, Dwayne Johnson debuted in the sport in 1996 as Rocky Maivia paying tribute to his grandfather and father. With smashing Rock Bottom and People’s Elbow moves, the guy almost left his opponents in tears. The Rock’s jaw-dropping net worth of $350 million has added more popularity to his portfolio.

The ‘Heartbreaker Kid’ is a four-time world heavyweight champion, two-time WWE Hall of Farmer and enlisted as a single wrestler in 2011 and 2019 as a part of D-Generation X. Shawn Michael was the first-ever WWE wrestler to the Grand Slam Championship. He began his professional journey at the age of 19 and retired in 2010. Some humble beginnings in the Midnight Rockers with Marty Jannetty resulted in a passionate team in the business. Apart from the back-breaking sport, the athlete also made a mark in football. Once an ‘every girl’s fantasy sits on a net worth of $17 million at present.

The adventure of the wrestling business cannot be complete without mentioning this name. The American retired wrestler was a big name in the 1980s. Hulk’s career started in 1977 but reached uncompromising fame in the 1980s after signing up with the World Wrestling Federation. He was the first to win successive Royal Rumble matches in 1990 and 1991. The iconic wrestler drove the sport to new heights with larger-than-life performances in the wrestling world. The Nature Boy packed 93,173 fans into the Pontiac Silverdome, thrived in movies and shows, and featured in his own animated series. Hogan drove fans crazy by getting his music into the rings and his ‘moustache’. The 69-year-old fighter has a net worth of $25 million.

Stone Cold Steve Austin was a WWE poster boy in the 1990s and a ‘crowd-lover’ in his times. Retired now, but Austin is still known as one of the most successful wrestlers in WWE history. Austin rose to superstardom in 1996 by ticking off a string of victories. A six-time WWF Champion, four-time WWF Tag Team Champion and a two-time WWF Intercontinental Champion. The hotshot also achieved éclat by defeating Jake ‘The Snake’ Roberts. His vulgar and brash personality strangely added to his fame. With his head shaved in 1996, he was birthed as ‘Stone Cold’. Retired professional wrestler, producer and actor has a net worth of $30 million.

American wrestler, former rapper, TV personality and impressive actor is looked on as the greatest wrestler of all time. The blue-eyed boy has been a favourite among the WWE’s younger audience. He is a 16-time WWE Champion and proudly won the United States Championship five times and tag-team belts four times. Surprisingly, he’s done all of it in jean shorts; we are still figuring out why. The most decorated wrestler of his time depicts a mixed graph with praise for performance but criticism for his over-representation. Cena earned a fortune in 2018, summing up his current net worth of $60 million.

Glenn Thomas Jacobs, better known by the ring name Kane, has a badge of third Grand Slam, making him one of the best wrestlers of all time. Furthermore, Kane has gone down the history for great matches and moments in the sport. He defeated Stone Cold Stever Austin in a King of the Ring event (held in 1998) and rose to victory. Some of his achievements include his eighth Triple Crown champion standing in WWE history and his famous win in the ECW Championship. The Big Red Machine defeated Chavo Guerrero in less than 12 seconds at WrestleMania and made news like never before. A net worth of $ 12 million and a major chunk also flowing from business and politics.

Oh yeah, Foley is best known for his ‘Wreck movements’ and is infamously popular for his lost ear story. The retired fighter made headlines in 1999 at Wrestle Mania and bagged three WWE World titles. An 11-time world Tag-Team Champion, WWE Hall of Farmer and a 3-time WWE world heavyweight Champion is also famous for his alter-egos. Mick Foley’s match against The Undertaker is one of his most iconic matches and gained some massive popularity. The 57-year-old actor, author, comedian and wrestler has a net worth of $14 million.

WWE Superstar Triple H won his first WWF Championship in 1999 and since then gained colossal industry fame. He rightly co-founded the D-Generation X stable and became a zenith. When he is not being a beast in the ring, he plays the role of an Executive Vice President of Global Talent Strategy & Development for WWE. Can’t stop swooning over his performances- a two-time Royal Rumble match winner, a three-time world Tag-team Champion, a five-time Intercontinental Champion and a 14-time WWE World Champion. He’s an elite hall of fame member with some crazy business acumen in wrestling. Hunter Hearst Helmsley makes it to the top 10 wrestlers of all times with a net worth of $ 150 million.

He is better known for his ring name ‘Macho Man’ and his signature entry song ‘Pomp and Circumstance’. In his 32-year-old career, Savage set his foot on 29 championships with 11 titles. A WCW and WWF World Heavyweight Champion made waves for his stupendous in-ring performances. He was originally a professional baseball player and was attracted to wrestling when he accompanied his father to Hawaii.

His tragic death from heart disease left his fleet of fans heartbroken. The American professional wrestler has $ 8 million at the time of his death.

Ending our list of top 10 wrestlers of all times with the ‘Deadman’. He was regarded as one of the greatest players in the sport. Interestingly, with every wrestler having a ring name, The Undertaker had eight names in his successful career. His journey includes some epic matches with incredible opponents. He won the World Heavyweight Championship three times, the Royal Rumble match in 2007 and the WWF/E Championship four times. A fighter, indeed, he saw straight 21 straight victories at Wrestlemania.

A little birdie tells us about his dark and scary side of some strong connections with the underworld. He was among the highest-paid wrestlers with an estimated net worth of around $22 million.

And that’s a wrap on the top 10 wrestlers of all times. These wrestlers have sure been game-changers. Whose fight excites you the most?