Will height dictate the future of tennis?

Tall tennis players are known to serve more effectively and much faster than their shorter counterparts. Take a look at Ivo Karlovic, he has a record of serving 13,552 aces and additionally holds the record for serving the highest number of aces in a three-set match. Reilly Opelka, on the other hand, is an excellent server at 140mph.

How to Choose the Best Tennis Racquet

Height has a significant advantage in tennis, but only to a certain point. With all the benefits that height gives, in the ATP rankings, there hasn’t been any player more than 6’4″ reaching the NO. 1 spot. Check out this article on tennis abstract that gives an excellent analysis of the relationship between the height of a player and different stats within the game.

Even though tall tennis players have got a wider “wingspan,” which gives them the ability to serve better, height comes with some disadvantages. For example, John Isner’s height does not allow him to move fast or react rapidly for angle, low, or short balls. Bending to reach and return lower shots requires a lot of energy for players such as Ivo Karlovic, who is the tallest male tennis player.

Let’s look at this list of tall tennis players to see how much height can affect the game.

Related: What Are Positions Numbers In Baseball?

Who is the tallest tennis player? 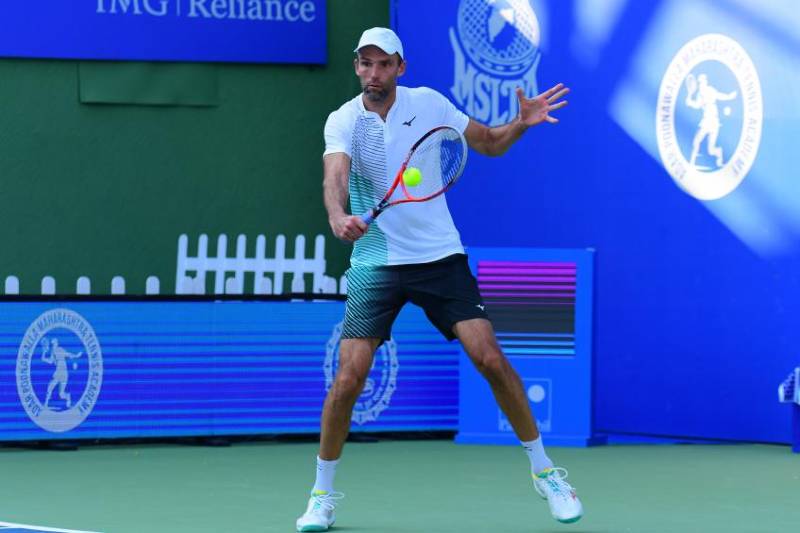 The only reason Ivo Karlovic, who is the tallest tennis player, is first on this list and not Reilly Opelka (although they hold the title jointly) is because the man is a giant. Standing at 6’11”, (2.11m), the Croatian national has bagged eight ATP singles titles from 2007 to 2016. Ivo was on the list of best servers on tour in his prime, and as mentioned earlier, he held the record for aces at 13,599.

In the history of tennis, only four players have been able to exceed 10,000 aces. A clear indication that his height has played well to his advantage. Ivo has been ready to serve at high speeds and different trajectories.

Related: The History of Basketball Shoes 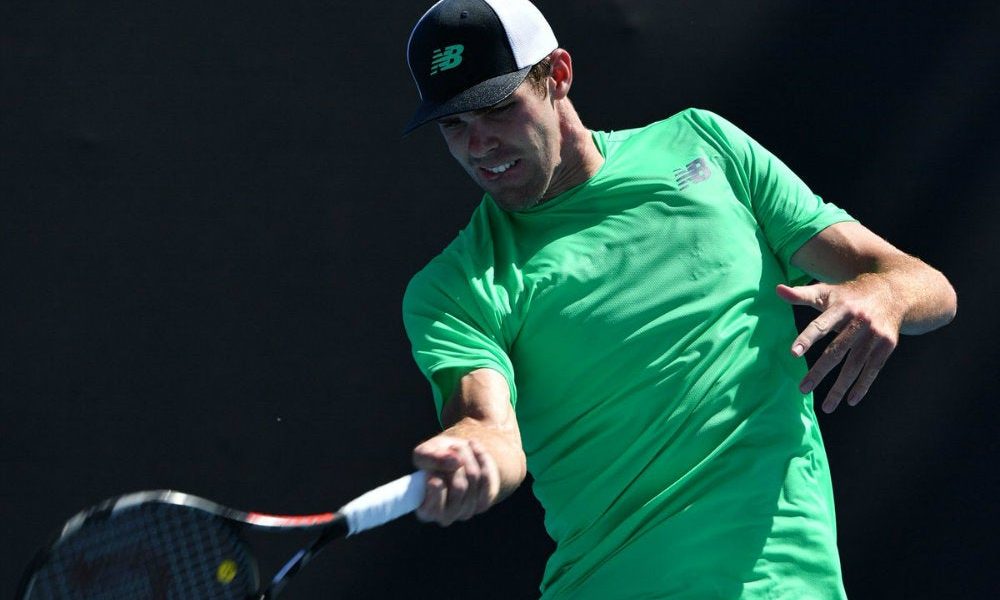 Reilly, who is the tallest male tennis player, and as mentioned earlier, holds this title together with Ivo, was able to reach a career-high ranking of no. 31 in 2019. Reilly is a Junior Wimbledon Champion and has also won two ATP singles titles. In 2016, the 22-year-old made his ATP debut at the U.S. Men’s Clay Court Championship.

He, however, lost to Sam Querrey in the first round to fifth seed. The year 2018, however, was a breakthrough year for the tennis pro because he went on to win three ATP Challenger titles. He acquired his first title of the 2018 season in May at the Bordeaux Challenger. 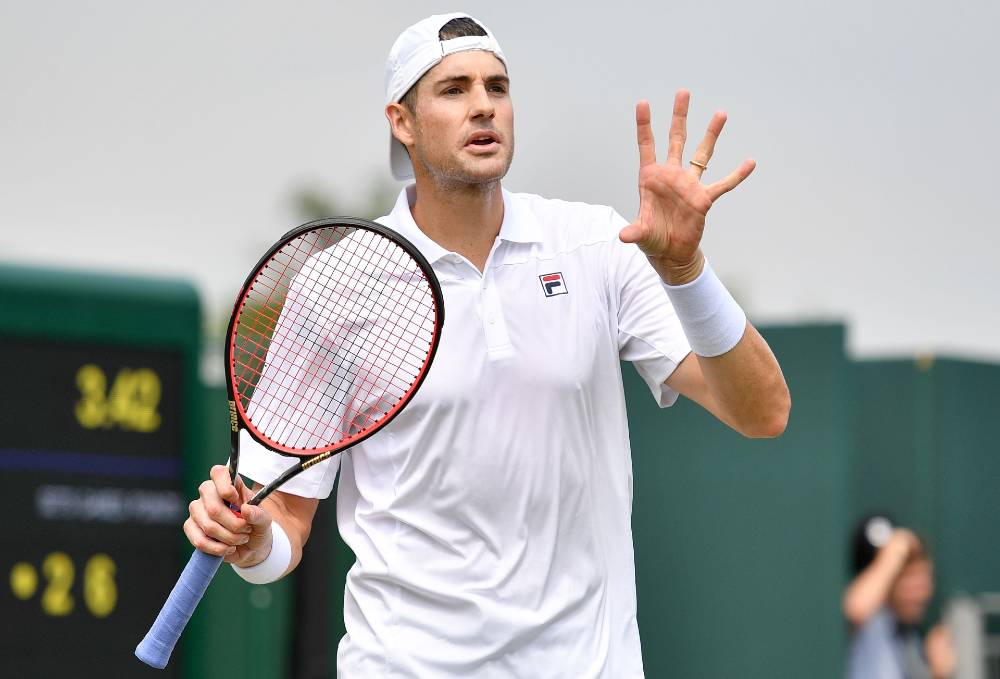 If the question on your mind is whose next on the list of “who is the tallest male tennis player?” then you should not be surprised to see his name on the list. John Isner’s height: stands at 6’10” and he is ranked as the tallest tennis player on tour. In a match against Nicolas Mahut, Isner served 113 aces.

Additionally, he holds the coveted record for the fastest serve, a record that has been acknowledged by the ATP. 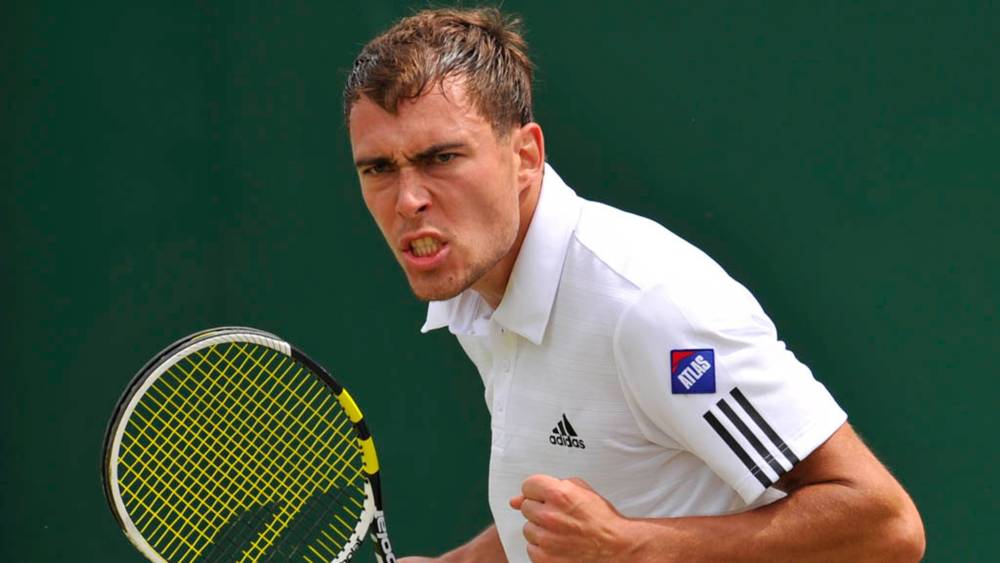 Standing at 6’8″, Jerzy holds one of the most powerful serves. He attained a career-high of world no. 14 in 2013 and is ranked as the highest Polish player. For his achievements, Janowicz was conferred the Gold Cross of Merit. 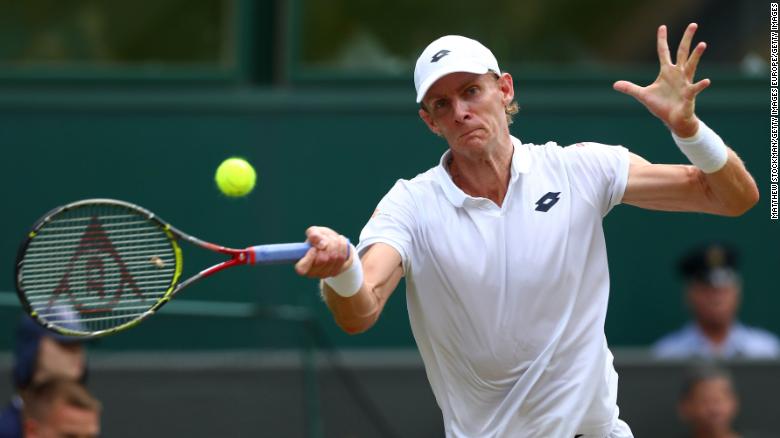 Image Credit: CNN / on day eleven of the Wimbledon Lawn Tennis Championships at All England Lawn Tennis and Croquet Club on July 13, 2018 in London, England.

Anderson’s height has gotten him many records. At the U.S. Open final of 2017, Anderson was ranked the tallest finalist ever in the history of Grand Slam. Anderson was thereafter able to reach an impressive high rank of world no.5 in his career. 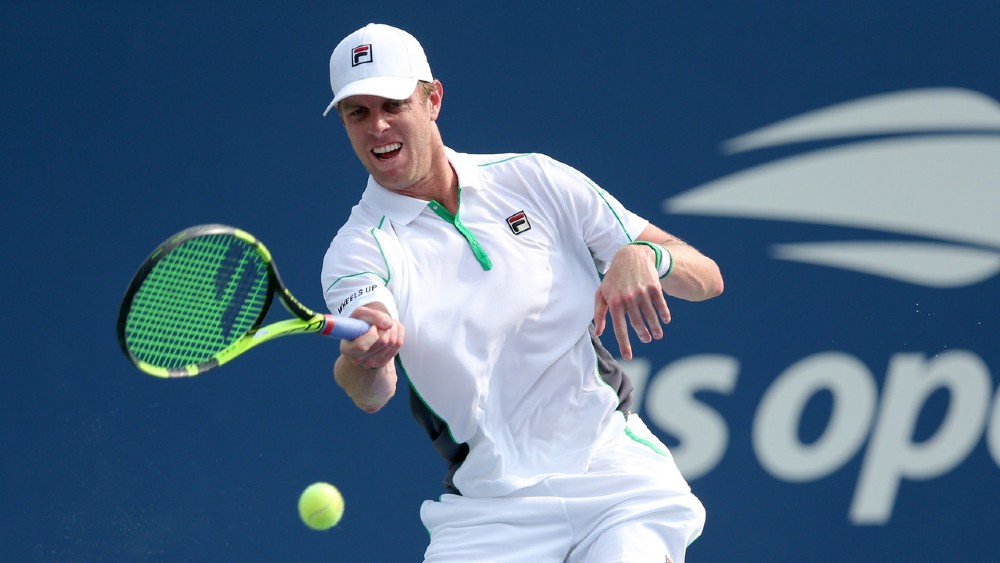 Thanks to his height of 6’6″, Querrey has been recognized as a player with one of the biggest serves. He has also serves 10 aces consecutively, which earned him a record for the most successive aces in a match. Sam has won five double titles and ten singles titles. 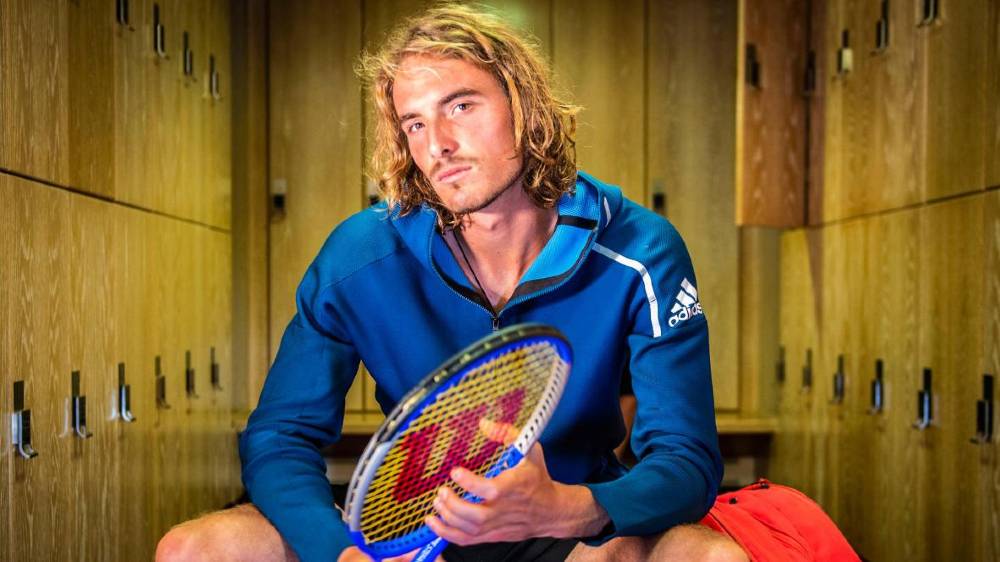 His height: 6’4″. The 21-year-old Greek pro player is ranked in the top 10 by the ATP. He is also the highest-ranked Greek player in history ranked at world no. 5. He is also the current Champion at the ATP Finals.

Stephanos has won five singles on the ATP tour. 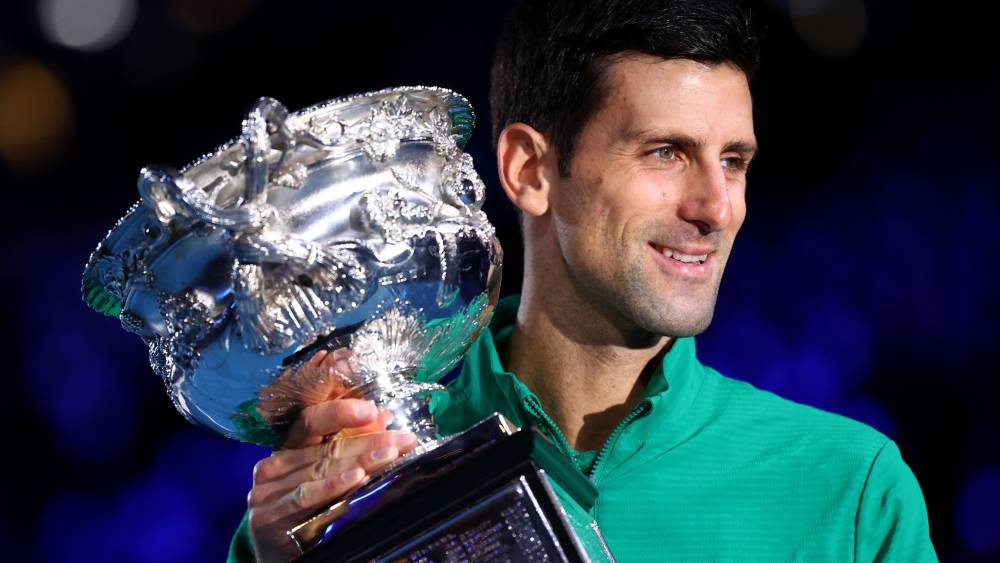 Novak Djokovic’s height is 6’2″. The Serbian national is currently ranked no. 1 in men’s singles tennis. A title recognized by the ATP. Thanks to Novak Djokovik’s height and tact, he has won 17 titles at the Grand Slam singles. This is a notable achievement considering only two other male players in history have gotten as many titles. 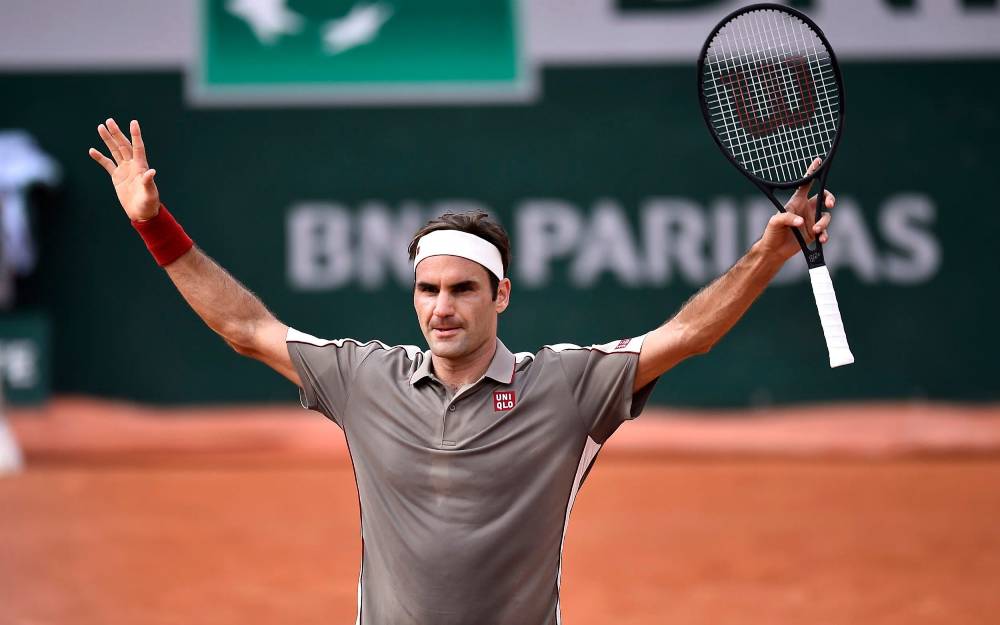 Roger Federer’s height: 6’1″. This is one of the living legends of tennis. Even though he is not the tallest tennis player, in the span of his career, Federer has won 103 titles. These titles include 20 slams, 5 U.S. Opens, 1 Roland Garros, and 6 Australian Open titles.

So, did Roger Federer’s height of 6’1″ enable him to win all those titles? It probably wasn’t the winning aspect, but it has possibly helped a great deal. 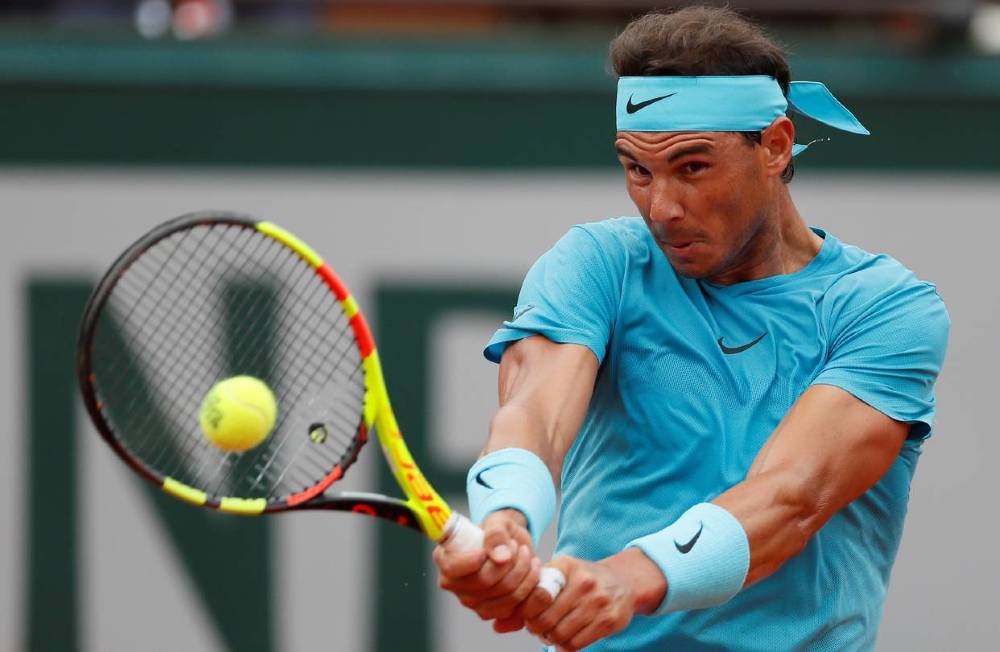 Other than Raphael Nadal’s height, one of the most interesting things about him is that though he plays with his left hand, he was born right-handed.

Tallest Tennis Players In The World: The FAQs

Does height matter in tennis?

In the game of tennis, the tallest players will always have an advantage over their counterparts. First, it makes a player’s service harder to return without error. The second advantage is that their heights, as well as long hands, will always help them catch up with the ball from every angle.

What sports does height not matter?

In the United States, hockey and baseball are the major games in which the player’s height often doesn’t matter at all. But if you are interested in basketball, football or volleyball, having a great height is always an advantage. This is why a lot of teams in the types of sporting games often have a minimum height requirement during recruitment activities.

What are the best tennis rackets?

How much does a professional tennis racket cost?

Depending on whether is offered in a bundle with other accessories or not, you can find some of the best tennis rackets within the range of $50 – $200.

Where can I buy a tennis racket?

Without spending too much money, you can buy an affordable tennis racket on Amazon. Meanwhile, you may want to check your local sports goods retailer if you don’t want to place an online order.

Learn How to serve in tennis like a Pro