In this league, you are likely to encounter some of the tallest human beings since the game, to some extent, favors such. While strength and skills come in handy to make great players, height is also a significant attribute that gives a player an edge in the game.

About the tallest NBA Player

The list below solely focuses on the tallest NBA player. However, a view of height could also be extended in relation to other aspects of the game, such as position. In terms of playing positions, Kosta Perovic is the tallest NBA forward of all time, 7’2” while Steve Smith is the tallest NBA shooting guard in the league’s history. Currently, Boban Marjanovic is currently the tallest player in the NBA.

You can also read about the best basketball hoops

The Top 10 of Tallest NBA Players of All Time

Some of the tallest players to have featured in the NBA include the following: 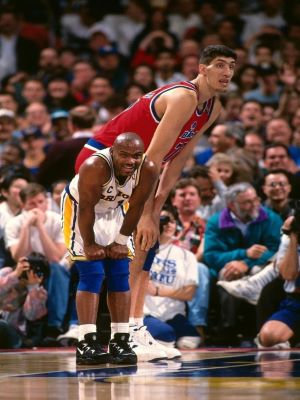 Gheorghe Muresan is arguably the tallest basketball player to have ever graced the NBA. He stands at 7’7’’ and weighs about 143 kg. Muresan featured for the Washington Bullets back in 1993. He further went on to represent the New Jersey Nets and Pau Orthez of France.

Gheorghe played in the NBA for about seven years, accumulating about 3020 points in 307 games. He scooped the NBA’s most improved player of the years in the 1995-96 season, but due to countless injuries, his NBA career suffered blows. He retired from the NBA after the 1999-2002 season and went to play overseas in France. Unlike other players, his height could be attributed to a pituitary gland disorder. 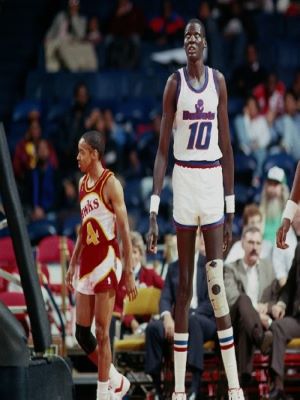 Manute Bol, who is an American of Sudan origin, is the second tallest NBA player to have featured in the league. The player boasted of a 7’7’’ height just like Gheorghe and a weight of about 91kg. The latter, however, beats him with a slight .25′. He featured for the Miami Heat, Golden State Warriors, Philadelphia, and Washington Bullets between 1985 and 1994. Throughout his career, Bol featured in about 624 games garnering 1599 points.

During his heydays, he was considered one of the best blockers in the game. He finished his career with more blocks than scored points. He holds the second position in the ranks of more blocked shots per game. While he still had a lot to offer in the game, his career was brought to a close by constant lower-body injuries.

Related: How To Hang A Basketball Net 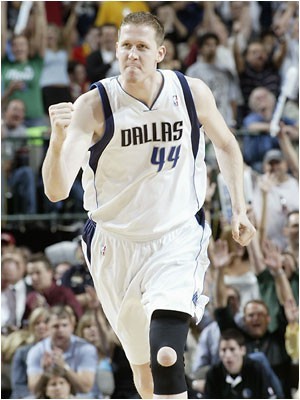 Shawn accumulated about 6753 points in his career, having participated in 832 games.  He was a renowned all-around player with exceptional abilities, both offensively and defensively. However, early on in his career, he was limited to the bench due to his constant picking of fouls.

Bradley was born and raised in Germany, but his basketball career earned him American citizenship. His massive build and viciousness in the game earned him the nicknames, “the enormous Mormon” and “the Stormin’ Mormon.” Numerous awards highlight his career, and his career is considered successful amongst other tallest NBA players.

However, like others in the pack, his career ended on account of injury problems. He retired after the 2004-05 season due to knee, ankle, and back injuries. 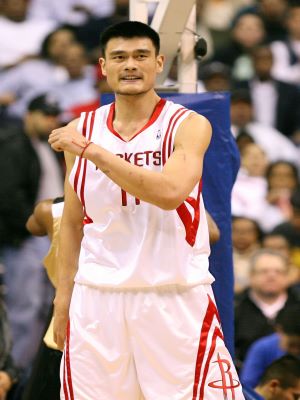 Yao Ming is the tallest NBA player of Asian origin to have ever graced the NBA league. He is ranked number four in the list of the tallest basketball players ever. Yao Ming’s height stands at 7’6’’. Yao established himself as a force to reckon with becoming one of the most offensive players in the NBA.

Ming started his professional career with Shanghai Sharks around 1997 but joined the NBA in 2002, representing the Huston Rockets for about nine years. His loyalty lay with the Rockets having played for them in his entire NBA career between 2002 and 2011. He retired after the 2011-12 season.

Over his NBA career, Yao collected lots of personal accolades. Yao Ming’s height helped him hit the rooftop, becoming the only tallest NBA player ever to be inducted into the Naismith Memorial Basketball Hall of Fame on account of his impressive performance. He still holds the record of being the tallest basketball player from China to play in the NBA and further the tallest NBA player to play in an All-Star game.

Yao Ming’s height paved his way into the NBA and significantly helped him to popularize basketball back in Asia and prove Asian basketball players could also make it in the NBA. In 2003 he beat Michael Jordan’s record of most All-Star game votes by beating big shark with 2,558,278.

Related: Who Are The Tallest Tennis Players? 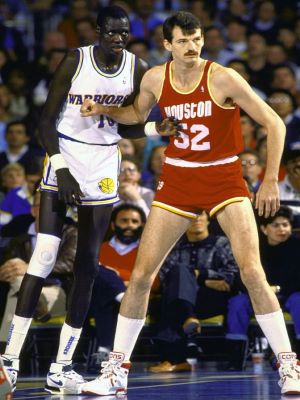 Chuck Nevitt occupies the fifth position on the tallest NBA players list. He was 7’5’’ and featured in the NBA between 1982 and 1993. He represented several teams, including Houston Rockets, San Antonio Spurs, Los Angeles Lakers, and Pistons.

Nevitt is the tallest player in the NBA ever to win the championship, having been in the roster of the Los Angeles Lakers team that bagged the championship back in 1985. He, however, only played in 155 games over his nine years career, garnering a mere 251 points. He retired in 1993.

Related: What Are Baseball Positions By Number? 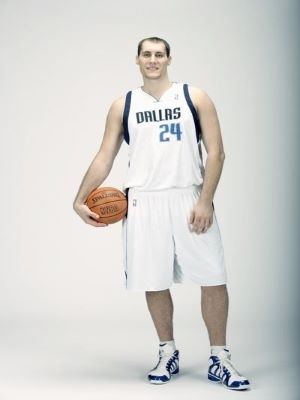 Pavel Podkolzin is another worthy contender for a place in the list of tallest NBA players of all time. He boasted of a 7’5” height, but his heavier weight places him under Chuck Nevitt. Unlike most other players of his stature, the Russian did not have a successful NBA career.

The Utah Jazz had initially drafted him, but they let him leave for Dallas Mavericks, where he did equally poor.

Over his two years tenure with Dallas Mavericks, he only managed to play six games, collecting only four points. He moved back to his country, featuring in the Russian Basketball Super League. 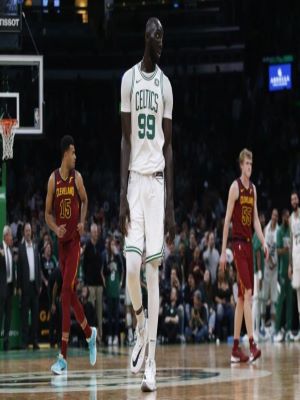 Tacko Fall is the Seventh in the ranks of the tallest NBA players. He, however, shares his height with Chuck and Pavel, 7’5’’. Tacko is a Senegalese player who currently plays for the Boston Celtics, having joined them in 2019. He is also contracted to G-league’s Maine Red Claws since last year.

Tacko is the tallest NBA player in the G-league and is also considered among the tallest humans alive. Since he is only 24 years old, he is expected to thrive in the NBA. 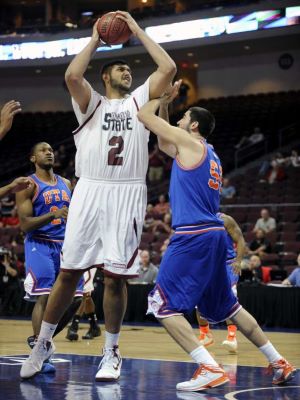 Sim Bhullar is ranked eighth amongst the tallest basketball players ever to play in the NBA. Although he shares the same height as Tacko, Chuck, and Pavel, he has more weight, which pushes him down the ranks. Sim is Canadian, but his parents are of Indian descent.

Bhullar broke into the limelight through his college team, having represented New Mexico University in the NCAA tournament. He went for trails with Sacramento Kings, representing them in the Summer League. He thrived and was rewarded with a contract back in 2014 which runs to date

Sim is not only one of the tallest players to play in the NBA but also the first Indian to play in the same league. He also has a younger brother, namely Tanveer, who is also very tall standing at 7’3”, and plays for Mexico State University.

Related: How To Dunk A Basketball 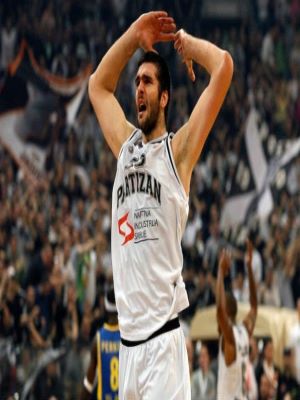 While height could be an added advantage to a basketball player, it might not be enough to win a place in a team. Slavko Vranes is a clear indication that basketball players need more than height to perform at the highest levels possible.

Vranes was initially drafted by the New York Nicks back in 2003, but they passed him on to the Portland Trail Blazers in the following year. His stint in the NBA was very short since he managed only one match in his entire stay with the Trail Blazers. He appeared against the Minnesota Timberwolves for just three minutes within which he took a shot and missed. 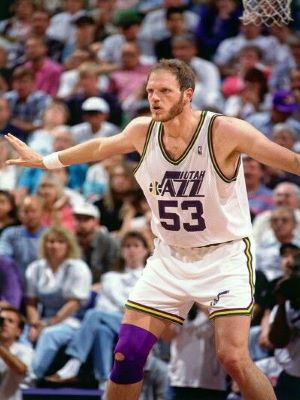 The tallest NBA player height seems to come to a stop at 7’4” with Mark Eaton. The retired basketball player ties with several other players such as Ralph Sampson, Rik Smits, and Priest Lauderdale. Eaton featured the Utah Jazz between 1982 and 1993, establishing himself as one of the best defensive centers in the game.

Mark played a total of 875 games in the NBA, amassing about 5216 points in his 11 years career. He further scooped several personal accolades and even won the NBA Defensive Player of the Year twice in his career. Moreover, he flaunts the record for most blocks within a single season in the NBA, having stopped 456 shots in the 1984-85 season.

Tallest NBA Players of All Time: The FAQs

The tallest NBA player in 2020 is Tacko Fall. As one of the tallest players in the NBA, Tacko is about 7ft and 5 inches tall. This basketball player played for the Boston Celtics back in 2020.

Who averaged the most blocks per game in an NBA season?

Where can I buy an NBA headband online?

You can buy some of the best NBA headbands online on Amazon. Irrespective of the brand you prefer, there is a chance you’ll find some assorted designs and models within different price ranges.

What NBA team scored the most points per game?

How important is height in basketball?

Both in terms of scoring points and stopping your opponent, being one of the tallest players in the field will give you a great advantage. Just think about the opposite for a while. How easy will it be for a short opponent to stop a tall basketball player who has both skill and force?

Crunch Time: How Long Is A Basketball Game?

Exploring the History of Basketball Shoes