Should the Mets trade for a starter after Scherzer’s injury?

Max Scherzer, Tylor Megill and Jacob deGrom are on the injured list. Noah Syndergaard is in Anaheim. Marcus Stroman is in Chicago. The Mets are still cruising atop the National League East, with a rotation led by offseason acquisition Chris Bassitt and Carlos Carrasco.

Despite the absences, Major League Baseball odds still view New York as a legitimate World Series contender. None of their divisional foes are putting up much of a fight. The organization has acquired enough starting depth for this not to be a complete crisis, with Taijuan Walker and David Peterson slotting in behind Bassitt and Carrasco.

Trevor Williams can start on occasion, and Thomas Szapucki had pitched well in the minors before an annihilation at the hands of the San Francisco Giants earlier this week. New York’s rotation is still okay, but for a team with the biggest payroll in the sport, should these injuries mean it is time to swing a trade?

It wouldn’t need to be an outlandish move. Simply acquiring further starting depth would be the aim. Another pitcher like Williams would help out, particularly if they have long-relief experience for when the main guys return. 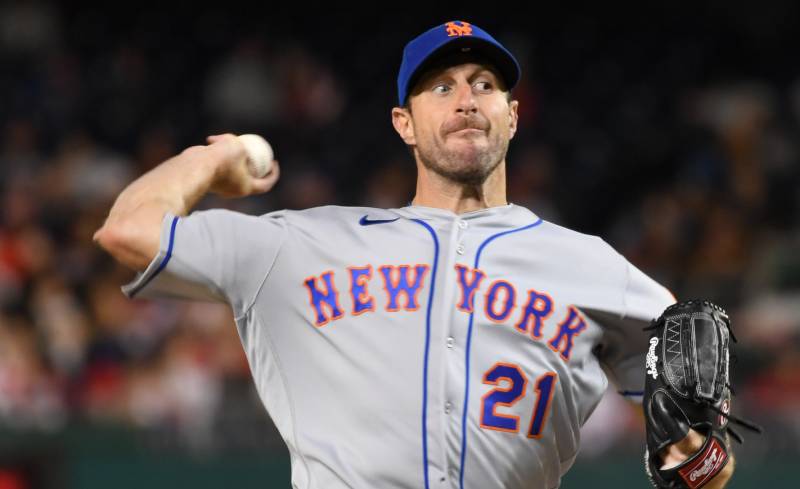 Alternatively, a swing for the fences by going after Luis Castillo or Tyler Mahle could give the Mets an even better top four for when the postseason rolls around. There are project pitchers that could be worth investing in, too. Mahle perhaps falls into that category after a slow start, as does Cleveland’s Zach Plesac.

The Mets’ farm isn’t exactly loaded, but there’s enough talent there to make a move for a starter. Scherzer could be out for another two months, and while there was recently footage of deGrom throwing on the outfield, he is a long way from taking to a Major League mound. New York is asking a lot of Walker and Peterson. They are reliant on scraping through every fifth day at the moment, particularly if Szapucki isn’t going to be effective in the bigs.

It’s typical of the Mets to have health concerns with their starters. Unlike previous iterations, though, this team is dominant. This team is above-average by quality on contact on both sides of the ball, with their pitching ranking in the top four in the Majors. They are good enough that a win-now trade would be justifiable even with Scherzer and deGrom on the injured list.

New York could also back itself into a corner with the wrong deal. With the roster back down to 26, there could be a pitching squeeze if Scherzer, deGrom and Megill are healthy at once. Trading for an optionable pitcher is likely to be more costly. There are only five rotation spots – how happy would a new acquisition be about being sent to the bullpen?

These are good problems to have. If we’d heard that Scherzer and deGrom would combine for eight starts by the end of May, few would have picked the Mets to be at the top of the NL East. In fact, it might have even seemed like a lost season.

Instead, the Mets are positioned to at least still be in the hunt by the time Scherzer returns. This is still a tightrope, though. An injury to Bassitt, Carrasco, Walker or Peterson could force them to do something drastic.