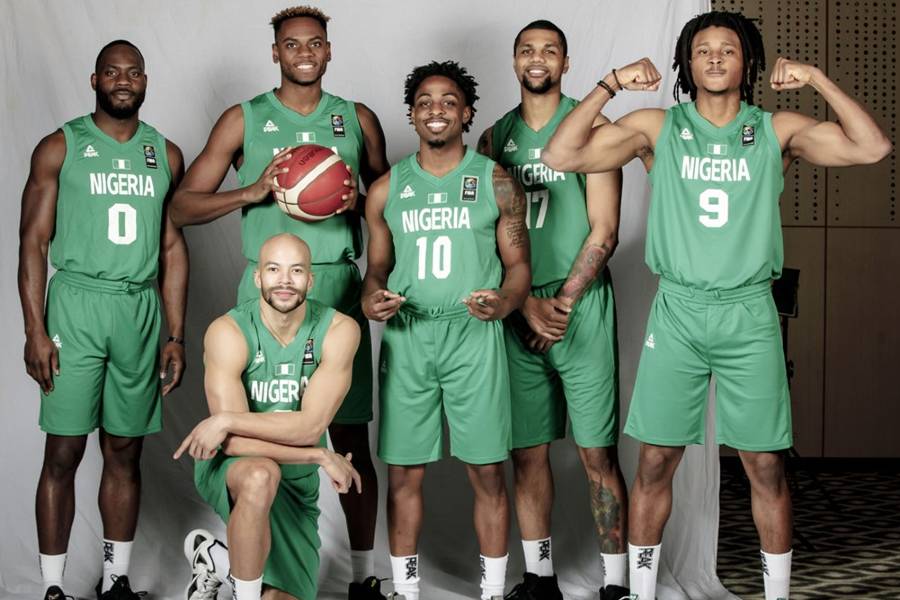 There are many Nigerians playing for different teams in the NBA. The players who are members of the Nigerian basketball team are of Nigerian descent. One thing that stands out for the Nigerian players is their athletic talent which makes it easy for them to shoot a ball through the basketball hoop.

Players from Nigeria are among the tallest NBA players, and because of that, the NBA made Nigeria a priority outreach in 2003 during the first basketball without border Outreach. Among players playing in the NBA, 9 of them are from Nigeria. We will list them here.

The Nigerian basketball player currently playing for Toronto Raptors started wearing basketball shoes in the 8th grade. Then, he moved from his Igbo land in Nigeria to the United States.

Achiuwa had a successful college career where he combined his academics and hitting the gym to train for a game. He scored 25 points when playing over ole miss, and because of this, he gained the title of the athletic conference player of the week. He also made career success after scoring 3 3-pointers into the basketball net and having 17 points, 2 assists, and  4 rebounds against Memphis.

His professional career started with him playing for the Miami Heat in 2020 and 2021 before moving to Toronto Raptors in 2021, where he currently is.

Giannis Antetokounmpo is a greek Nigerian basketball player who plays in the power forward position for the Milwaukee Bucks. Antetokounmpo is strong, fast, and has great ball-handling skills that leave many wondering about the kind of back exercises he performs in the gym. Because of his prowess in the game, many have called him the ‘Greek Freak.’

Antetokounmpo was a Nigerian immigrant to Athens, where he started playing for the Athens team Filathlitikos. He was selected 15th overall by the Milwaukee Bucks after he entered the 2013 NBA draft.

In 2016, he became one of the few players who finished top 20 in all the major statistical categories, including total points, steals, assists, rebounds, and blocks. He was also awarded the most improved player in 2017 and received six all-star selections, including captain in 2019 and 2020.

While he is not one of the tallest NBA players, Antetokounmpo is considered a great defensive player compared to great players like Hakeem Olajuwon and Michael Jordan.

He is an older brother to Giannis Antetokounmpo and plays the power forward/small forward position after being drafted in the 51st overall position by the  New York Nicks. The 30-year-old player has had a bust career history, having played for 7 NBA teams.

Thanasis has the privilege of playing on the same team with his brother Giannis and together they won the 2021 NBA Championships. His other two brothers who played for Milwaukee Bucks are Kostas Antetokounmpo and Alex Antetokounmpo.

He and his brothers started playing basketball in Athens, Greece, where they played for the Filathlitikos before they moved to the US.

Azubuike is a Nigerian American basketball player who started his career in Lagos, Nigeria. He is considered one of the tallest NBA players with a height of 7 feet. The amazing player with a great ability to shoot into the basketball hoop was noticed by several basketball teams. He was given a basketball scholarship to play in the US.

Azubuike had a rough childhood, having lost his father to an undiagnosed illness at the early age of 10, and had to move to the US after gaining his scholarship. It was here that he attended Potter’s House Christian Academy, where he started playing basketball. He lived in the US under the legal guardianship of his coach Harry Coxsone and his wife, Donna.

Bassey has had a great career with 8 awards and highlights. The player started playing for a Nigerian basketball team before being discovered by a coach who noticed him selling fried chicken while wearing small flip-flops for his feet on the roadside.

The coach marveled at Bassey’s ability to shoot balls into the basketball net and decided to focus on building his basketball career. He moved to the US at the age of 14 years where he was named the most valuable player of the camp giants basketball in Africa.

Bassey was drafted in 2021 in the 53rd overall position by the Philadelphia 76ers and has since then played for them and Delaware Blue Coats. His basketball career just started in 2021, and everyone is excited to see how one of the tallest NBA players from Nigeria will perform.

In the article, we have just mentioned 5 players in the NBA from the Nigerian basketball team that are currently playing in the NBA. Well, other Nigerians, including Chimezie Metu, Monte Morris, Josh Okogie, and Gabe Vincent, are also currently playing on NBA teams.

In the past, there have been great players in the NBA from Nigeria, including Hakeem Olajuwon and Michael Olowokandi. This could explain why many coaches and recruiters are keen on selecting players from the Nigerian basketball team.

Thanks to Basketball without borders, many of these players were noticed and recruited into the NBA, and we are excited to see them win as they shoot balls into the basketball hoop.