How Long Is A Football Game? 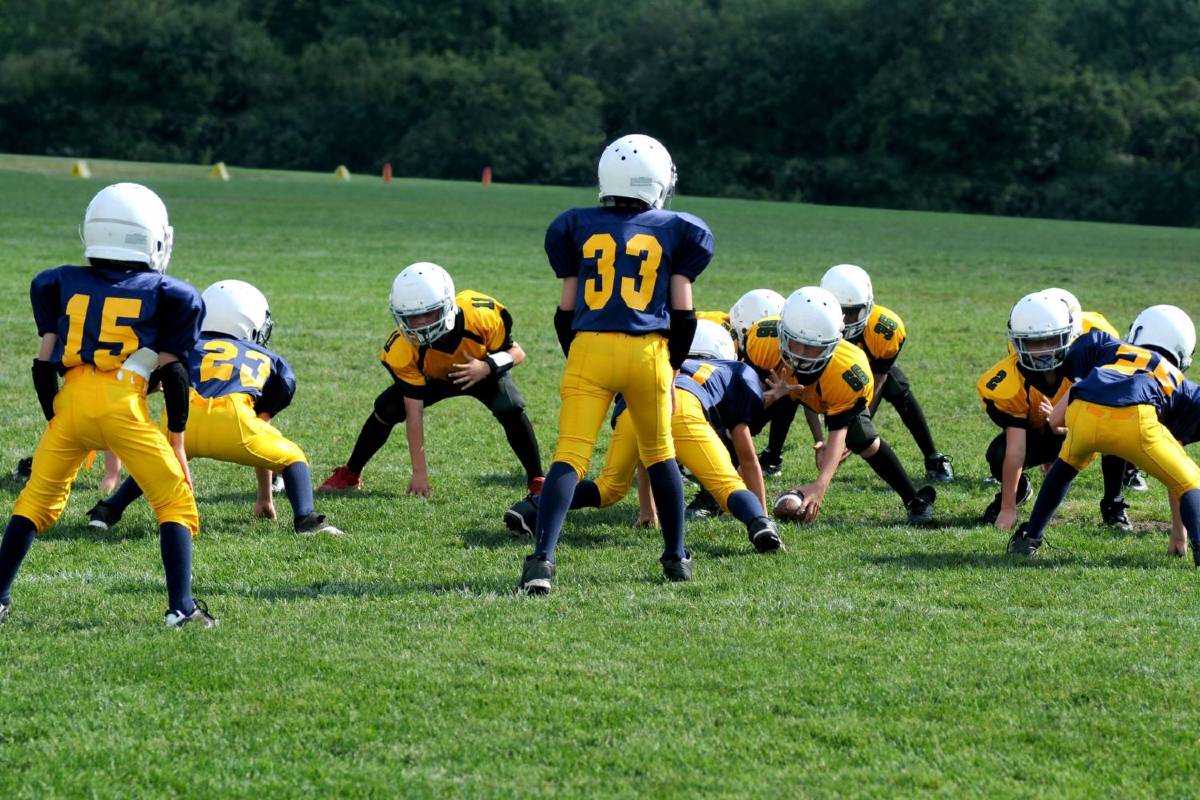 Football is one of the most popular sports in the world. This comes down to how invested players, fans, and the various stakeholders in the sport are. A lot of money is involved in football on all levels, especially the professional end of it. So how exactly is this game temporally organized?

How Long Is A Football Game

Football games in America are divided into quarters. Each quarter has a different length depending on the professional level of the players. The length of these quarters rely on a variety of factors, especially these:

At the end of this, you are going to learn:

How Long Is A High School Football Game?

Typical high school football games go on from anywhere between two to two and a half hours. They are divided into four quarters, each running for about 12 minutes, with a half-time period in the middle.

Some states like Massachusetts play 10 minute quarters during the playoffs and 11 minutes during the regular season. Why does the timer 11 minutes happen? Well, who knows – but they are the exception to the 12-minute rule.

Nevertheless, when you think about the average length of high school games, it becomes hard to get a specific number because of the various classes and play styles. However, you can expect high school games to be generally shorter than professional NFL games.

This rule comes into play when one opponent is way ahead of the other at any point in the game. It could be in the earlier quarters but usually starts from half-time. If the leader is far ahead of the opponent, the mercy rule allows the game clock to keep running without stopping.

This buys time for the opponent to catch up – or if they don’t, then the leader’s gap increases further, and the game stops earlier than expected. This serves to set the record in stone and save the loser some humiliation. Most American states have some form of this mercy rule.

High school games spend about 10 to 20 minutes on the half-time break. This is not universal and may vary from state to state because high school games are not as formal as NFL and college football.

Also make sure to know what are the best football cleats available now.

How Long Is A College Football Game?

College football is far more exciting because they feature some of the most prominent professional talent and potential. Games are fun events for students, alumni, and even the public in the local areas. These games also get broadcasting and streaming attention, but if you are hosting a watch party or attending live matches, how long should you expect to be engaged?

College games, on average, last just under three and a half hours. They consist of 60 minutes of play. Sometimes they last even longer than the NFL games. Some fans consider this to be an itchy problem – individual conferences are taking shots at solving this.

The average college football quarter takes about 15 minutes of play but can usually go up to 45 minutes in real-time. This is because of the various factors that slow down gameplay, like fouls, injuries, and penalties, which can take up a significant chunk of time to resolve before continuing the game.

College football half times are slated to take up to 20 minutes. This has become a severe point of contention because extending it any further can make the games take an uncomfortably long time.

How Long Is A Football Game On TV?

If you are watching a football game on a live broadcast or even replays of earlier games, you should expect an additional few minutes of introduction in most cases. Before the three hours or more of play, the broadcasting media’s commentary team will usually discuss the opponents’ head-to-head comparisons.

This highlights the key players and useful statistics of past and recent games that may help predict the match’s outcome. Since a lot of investment is poured into these games, the statistics come in handy when sports betting is involved.

The analysis required to predict the outcomes accurately considers a lot. This can include the level of skill, fitness, and play-time records set by the teams and players involved. All this makes broadcasted college games take significantly more time than attending a live match.

How Long Is An NFL Game?

NFL games usually take a little more than three hours on average. Each quarter is about 15 minutes on paper but takes more than 40 minutes in real-time, just like college football. This is because the clock does not run continuously and is stopped when scores are made, or injury breaks and substitutions are required.

NFL Half Time is slated for thirteen and a half minutes. However, when it comes to events like the Superbowl, this can drag on for much longer because of the commercial breaks and performances involved during that time, getting up to 30 minutes in length.

Attending live NFL matches from kick-off until the end of regulation time can take over 3 hours. Each game is unique, and multiple exceptions can be put in place in terms of the game’s running time, and these will be discussed shortly.

NFL Games on TV will typically last between three and a quarter to three and a half hours. An NFL broadcast will usually take some time to introduce where the broadcasters talk about the game and the significant players and the game’s unique factors. These broadcasts usually sneak commercial breaks before the game commences.

There may also be post-match discussions on the broadcast that may consist of a brief recap of the whole game, showing the highlights and key game instances that make or break the contenders’ outcome.

Why Does College Football Take Longer Than The NFL?

What Slows Down NFL Games?

Penalties slow down the game because it takes time for the referee(s) to get together and make the final call on the outcome of foul play. If you look at the seasons in recent times with the longest running time, it is no coincidence that these are also the ones with the most fouls and penalties.

When a penalty is called for, the referee stops the game and the timer, whistles, and then the referees convene. The head referee announces the call on the microphone, and the ball is moved to reflect the outcome of the penalty. Most times, this takes up to a minute.

If the referees have conflicting opinions on the outcome or a series of penalties should be awarded on the same play, this can take significantly longer to sort through and decide. Coaches also slow down the game by asking the referees to explain their call. These penalties are necessary for fair play, but they make the game drag on and hurt fan experiences.

The pace of play is also essential as some teams take their time and wear down the clock, especially if they are winning. The more time they waste, the less the opponent has to catch up. However, some teams like to dart and score, making the most of their play-time.

Sometimes, football matches will have in-game delays when there are weather threats like lightning near the stadium or an intolerable rainstorm. Weather can also slow down the game by making the ground slippery or getting players fatigued quickly. These atmospheric factors lengthen the game to some degree, although not severely. However, if the weather is too bad, some matches may be called off and postponed to a later arranged date.

Replay reviews are vital in modern play, especially when coaches demand the review when a referee makes an incorrect call. While this has improved the game by making better calls, they have increased the running time of games by a significant margin since they were introduced.

Highly contested games last longer than usual, especially towards the end. Teams try to make the most of whatever advantage they can get to get ahead and win. Teams on the losing end will call for more timeouts to extend the clock. Winning teams will usually get the ball out of bounds to stay on the offense. These tricks are employed to buy more time to score, and they end up costing a huge chunk of extra time.

When you’re watching games on television, the ones set on prime time slots usually last longer than usual. They have many more pre-game activities as well as half-time entertainment, commercial breaks, and even post-game segments with highlights and statistic breakdowns.

Related: How Long Does A Baseball Game Last