How Long Is A Basketball Game?

Have you ever attended a basketball game? Even if you haven’t been to a live basketball game, you’ve surely seen one on TV, right? Whether it be high school, college or NBA, have you ever sat back and thought about how long each of these games actually are? Before we really break down how long each of these games last (on average), let’s recap each basketball level to get a better idea about the length of each game.

How Long Is A Basketball Game: all versions

There are four quarters in a high school game and each quarter lasts 8 minutes, for a total of 32 minutes. Aside from the length of quarters being less, the halftime 10 minute intermission is also 5 minutes less than the extended break used on both college and NBA levels.

Unlike high school and the NBA, college basketball breaks down their game in halves, rather than quarters. So instead of playing 4 quarters for a certain amount of time, the game is broken up into two halves with each half lasting 20 minutes, for a total of 40 minutes. The intermission between the two halves lasts 15 minutes.

The NBA games is made up of 4 quarters with each quarter lasting 12 minutes, for a total of 48 minutes. Just like college, the halftime intermission also lasts 15 minutes.

So in conclusion, a high school game lasts 32 minutes, a college game lasts 40 minutes and an NBA game lasts 48 minutes, right? Of course not.

After all, how long is a professional basketball game? At every level, whether it be high school, college, or the NBA, there are a handful of variables that affect the duration of each particular game. If each game really lasted 32, 40, or 48 minutes we wouldn’t be stuck to the TV for 2+ hours simply to watch one game.

The reason each game lasts much more than the total minutes of each quarter/half is that each level of basketball is not played with a running clock. A running clock is a clock that does not stop when there is a stoppage in a game. A stoppage in a game happens when the ball goes out of bounds, a foul is called, free throws are being shot, and during time outs. 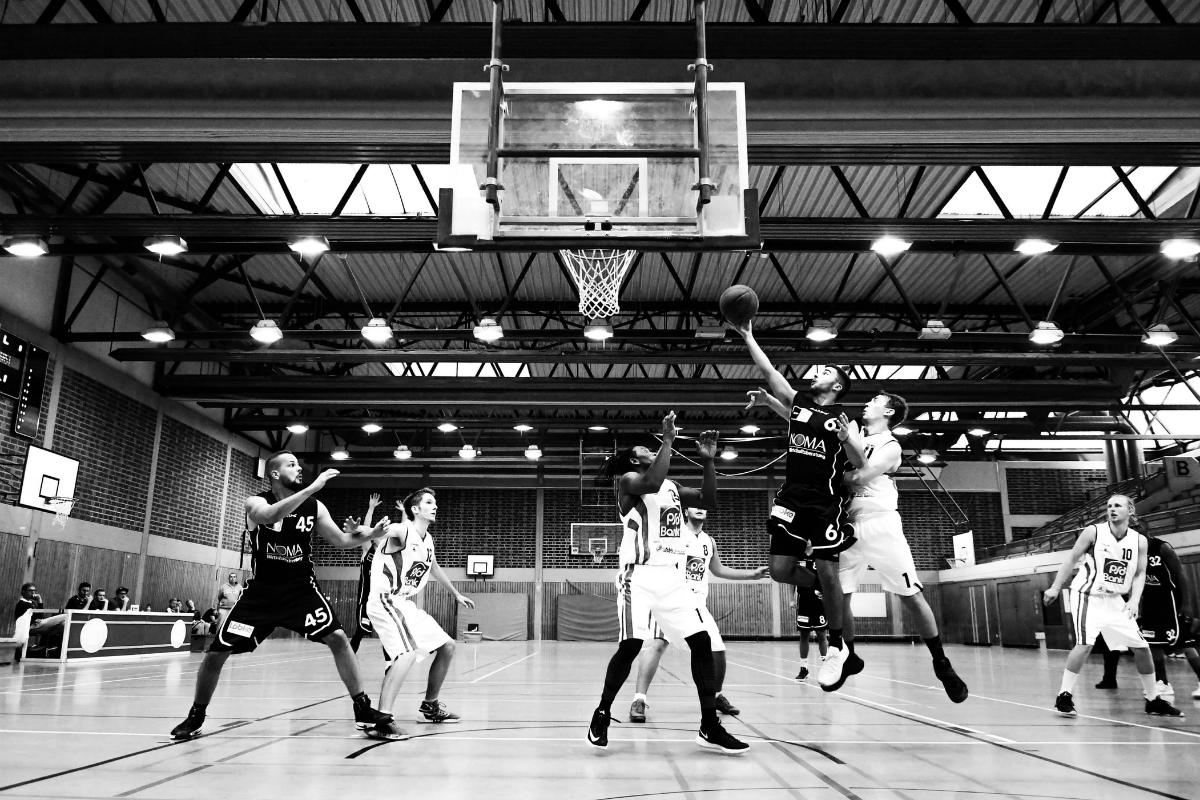 How To Clean Your Basketball Shoes

On instances such as these, the clock does not proceed to run until the ball is back inbound and a player touches the ball. If you’ve seen a basketball game, you know the time used on all these fouls called, time outs, out of bounds calls and free throws begin to add up.

Add to that, this season the NBA introduced a brand new Coach’s Challenge that allows a head coach to trigger one instant replay review per game of a called foul, called out-of-bounds violation, or called goal-tending or basket interference violation. This typically adds another 3-4 minutes to a game.

Get this. If after all of that time, the game is still tied, we’re blessed with even more free basketball. This extra period of basketball is known as overtime. In high school, overtime is four minutes, while college and NBA games use five-minute overtime periods.

When all is said and done, your average NBA game typically lasts between 2 and 2 and a half hours. With all that being said, I remember not too long ago I DVR’d a basketball game to watch after work. The way my DVR is set up for basketball games, it usually records for 2 and a half hours and I go ahead and add an extra 30 minutes of record time (a total of 3 hours)  just to make sure I record the entire game.

NBA’s 5 Minutes are 30 minutes in reality

As I’m watching the game and begin to fast-forward through the commercials during the latter part of it, I’m noticing that the 3-hour recording time is coming to an end and there are still around 5 minutes left in a close game. Now you know the final 5 minutes of a close NBA game is actually more like 25-30 minutes when you put into account all the time-outs, free throws, coach’s challenges and fouls resulting in clock stoppages.

To make matters worse, this particular game went into double overtime. It’s safe to say that the 3 hours of recording time were not enough for me to watch the game in its entirety this time around. Once the DVR stopped recording after the 3-hour mark, I ended up having to look up the score on my phone to see if my team ended up winning the game. Spoiler: To make matters worse, my team lost.

So the next time someone asks you how long is your typical basketball game? You can hit them with the “32, 40 or 48 minutes”, but technically, as you can see, it’s far more complex than that.

Related: How Many Innings In Baseball?