Football Versus Fat: The Importance Of Body Composition Assessment In Football 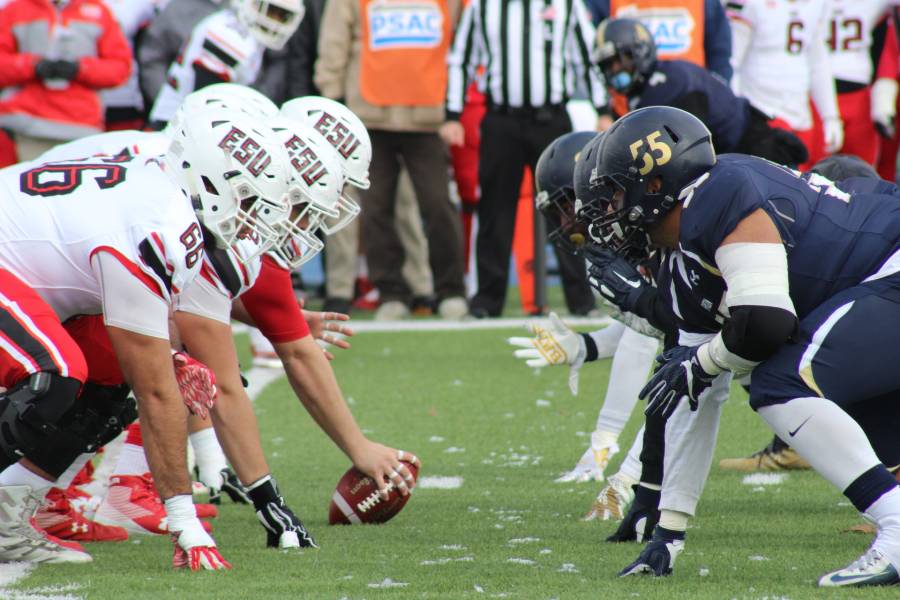 An athlete’s body composition is of great concern if performance is anything to worry about. As identified by different scholars, a change in body mass or height of a specific footballer is associated with effects on their playing time and prowess. It’s worth noting that a player’s performance is powerfully anchored on body morphology and composition. Measuring the changes in players is vital to both NFL coaches and players. Not only on performance but there is also increasing concern about footballers’ body composition as it impacts their health. Health researchers using body mass index to measure obesity indicate that up to 56% of footballers are obese.

Though there is an inaccuracy in reports that link high body mass index with high mortality rate levels, it’s the link between football players and heart attacks is evident in numerous studies. That said, there is a need to monitor the player’s body composition from a performance and health angle.

The interest in the body fat of football athletes dates more than nine decades. In 1942, Behnke and Welham studied the body composition of 25 football players. During that season, games’ nature differed from what we have today. The players were grouped into two sections: the backs and linemen. Backs were chosen from athletes who weighed 188.9lb, while linemen weighed 214.0lb. The body mass influenced the athlete’s football positions.

These measurements have changed with time, and football players have continued to put on fat while their heights remain relatively consistent. Different studies show that the average body mass of an offensive lineman has seen an increase of over 66lbs. such changes are observable in one area and in all positions. Note that these changes are not only affecting professional players but also institutional players. Studies suggest that the increase in size identified in football players followed a similar trend of growth identifiable in adult males. However, other scholars of 2001 have a unique commentary explaining the evolution of footballers in the 20th century. These authors record that an increased body mass of 112.2lb in the AFL and NFL resulted from an extra playing year.

Changes in players’ body composition have been on record for a few decades. It’s worth noting that football players are not a kind of homogeneous set of athletes, and diversities may occur across different teams concerning the style of play. Moreover, advancements in strength and nutritional developments have occurred together with changes in body composition over the years. This is evidenced by the increase in body mass not just from the increased fat mass, which brings health implications, but also the increase in lean mass.

Regardless of what triggers the change in football player size, it is evident that the current football players are more extensive in body mass than the previous. This finding is not only based on professional players but also on school and college players. That said, the size of the school and college players remains small than that of professional footballers on the stage.

Though there has been a notified increase in size, a contrast of the outcomes from recent research indicates a correlation between fat and body mass in players’ football positions. This results from offensive and defensive play interaction that mainly occurs during the play. Let’s check out football versus fat and how body fat levels influence football positions;

Other research reports the duo to carry a reasonably similar body mass with higher body fat levels. On the other hand, the offensive linesmen are taller and heavier than their defensive counterparts in many studies. The higher the body mass, the greater the fat mass accounted for in offensive players compared to the defensive linesmen.

Linebacker and running back

Scholars who took measurements of the body compositions of the tight ends, line, and running backers outline that these players were closely comparable to the offensive linesmen in height. Defensive linesmen were taller than both line and running backs. On the same note, running backs were the shortest of the three football positions. The same idea was evident in the case of body mass, as tight ends reported high body mass compared to linebackers, who were also ahead of running backs. These three football positions observed a similar pattern level of body mass and fat mass.

The research carried on by Dengel et al. (2013) showed that these two’s height and body mass were similar. Of interest is the higher fat percentage indicated in these two football positions. There is an increased level of fat percentage within the two positions.

What are the Health Effects of Increased Fat on Football Athletes?

The increase in size and Fat over the years has not happened without repercussions for football athletes’ health. While football players get through strenuous and vigorous exercising and sometimes exceed the limits, increased cardiovascular disease was identified in players at all levels of play. The American Academy of Pediatrics reported that males generally increase in strength during the early puberty stages without necessarily increasing their muscles. Gaining strength in younger athletes is majorly linked to the neurological mechanism with the recruitment of motor neurons. Moreover, the increase of weight in both high school and college players is a risk indicator as only less than 7% of high players proceed to play in NCAA, and of that number, only 1.6% get to play in AFL and NFL.

In another study in 1994 by the NFL Players Association, they found that though the NFL athletes recorded a 46% reduced mortality rate, both the offensive and defensive players were at 52% risk of death following cardiovascular ailments. Additionally, compared to other football positions, linemen were 3 times more likely to die from cardiovascular problems. Since the initial study, several investigators have researched the relationship between cardiovascular failures and player size. The middle agreement is that defensive and offensive linesmen would suffer cardiovascular disease following certain risk factors referred to as a metabolic syndrome.

One of the challenges faced by NFL coaches and players is the ability to increase size while improving a player’s health. When examining the factors posing a risk to players, the body composition and most body fat levels are closely associated with metabolic and cardiovascular diseases.

While football athletes have recorded an increment in size over the years, it’s essential that players, whether in high school or playing at the world cup, increase their body mass following adequate training and nutrition. By doing this, players would reap the advantages of more significant performance gains and fewer health risks linked with excess weight gain without proper feeding guidance. Body composition assessment remains a top method for coaches to examine players’ body composition and enhance health and performance. That said, ensure that you’ve made body composition assessment a critical practice over your playing years.