7 Most Famous Athletes who created history 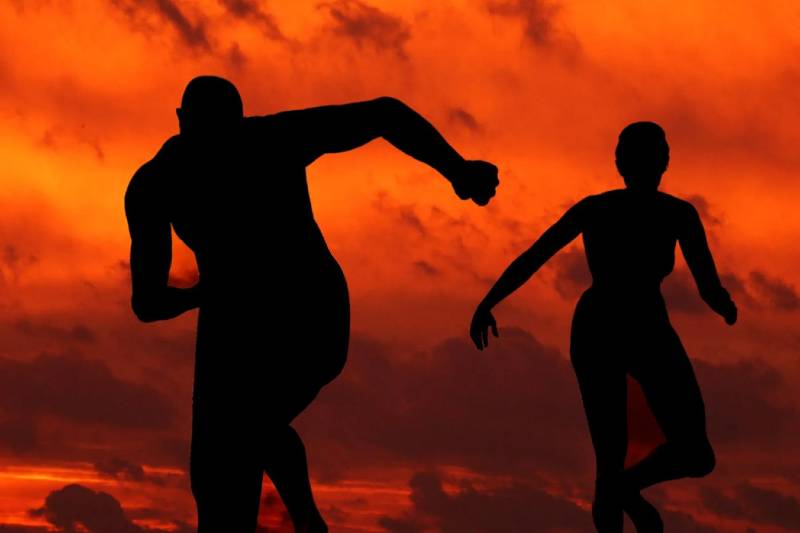 Let’s face it; there is nothing sexier than a famous athlete endorsing your favourite fashion label. Sportspersons are invariably great influences on our urban, streetwear and social culture. Indisputably, they are also accustomed to being in the spotlight and are a voice for the youth. With so much significance on the cultural and key societal environment, knowing who the GOAT is, is inevitable. The greatest athlete of all time! No sweat.

Before the internet-wrecking news, we were unaware of all their sports achievements and legendary fame. Athletes are now more than just sports stars. They are marketing gold for fashion labels, being a driving force for the young lads and making the nation proud. Bigwig celebrities? Yeah, we call them that.

Let’s dive into knowing the big daddies. Allow me to walk you through the top famous athletes in the world.

Top 7 Famous Athletes of All Times:

For starters, everyone knows that the Portuguese player is supremely popular amongst worldwide football famous athletes. Cristiano Ronaldo’s game-changing career saw a twist with his foray into Real Madrid. In no time, he became a household name across the globe. His polished profile is filled with incredible doings, and we are not surprised why he gained the status of being the richest soccer player in the world. At present, Ronaldo bags 477 million followers and stands a chance to win the biggest celebrity award.

With so much being spoken about him being the highest paid, the five-time FIFA players network is estimated at USD 500 million in 2022. In addition to being a footballer, he also excels at his business acumen.

Fun Fact: His booming popularity made astronomers name a galaxy in his honour.

Here’s one of the most famous athletes in 2022 who was also voted highly for his performance in a Channel 4 and BBC survey. The Argentine footballer is not just an athlete but also a record-breaking celebrity. He won the Ballon d’Or award and was also named to the Ballon d’Or team in 2020. The professional player has been awarded the European Golden Shoe six times, which has been the highest in the game. The Paris Saint-Germain star had also won the Barcelona club 35 trophies and the most La Liga goals.

How about fame? He is nearing Ronaldo with 358 million followers and a net worth of around USD 400 million.

Here’s a name that nobody is naive about. MJ- the face of the NBA (National Basketball Association) and Nike, is truly the athlete of all times. The former basketball player fueled the success of the Air Jordan sneaker line. During his time with the Chicago Bulls in 1984, the 21-year-old rookie signed a five-year deal with Nike worth $500,000 Air Jordan. His signature line was released to the public in 1985 and entered the hall of fame.

Apart from that, his NBA achievements have been hype-worthy. He was popularly recognized as the first NBA billionaire player. His slam dunks and prolific scoring has raised many brows. His jersey #23, unarguably, became the most iconic in sports history. He retired at 40 gracefully in 2003 as the most illustrious basketball player. He cannot shy away from all the notorious stardom. Jordan is the third richest African American with a current net worth of US$1.7 billion.

Fun Fact: To his glory, his biography on the official NBA website reads, ‘By acclamation, MJ is the greatest basketball player of all time.’

LeBron James stands tall on our list of the top 7 most famous athletes of all time. Ever since he stepped on the court for the first time, he has been surrounded by crazy hype. The basketball champion is aggressive on the field, and his achievements speak louder than words. James has been voted onto the All-NBA First Team 12 times and All-Defensive First Team 5 times. He bagged the most valuable NBA player award in 2009 and 2010. Widely speaking, he is the king of basketball with noteworthy accomplishments. A four-time NBA champion, four-time NBA finals MVP and an 18-time NBA all-star player. That’s not it.

In 2021, LeBron James was cherry-picked for the NBA 75th Anniversary Team. He was recognized as the first NBA player to gather beyond 10,000 rebounds, career points and assists. What do we say about his opulence? With a net worth of US$1.2 billion, James is regarded as one of the highest-paid athletes in the world. Much of his fortune came from the off-court deals.

He’s a star and is also celebrated as one of the most famous athletes in modern history. The American professional golf player holds multifarious records and is undoubtedly one of the greatest golfers of all time. A whopping number of 11 times, Woods has been awarded the PGA player of the year. He has also successfully won 15 professional major golf championships and 81 PGA tour events.

Some facts state Tiger Woods’s net worth to be at least $1 billion. Interestingly, he won $121 million in prize money, succeeding all the pro-golfers in history. Until 2012, the athlete stood at the top spot in Forbes’s highest-paid athletes. The lesser known fact remains that a major chunk of his earnings came from brand endorsements.

Fun Fact: In 2019, Tiger Woods was honoured with the Presidential Medal of Freedom. He is also the second golfer to attain successful marl in the Grand Slam three times.

She truly signifies what fierce tenacity means. Winner of 23 Grand Slams, Serena Williams is undeniably the greatest tennis player of all time. To her accolades, she has re-written records as no other tennis player has. Needless to say, Serena Williams pretty much achieved everything that she could on the court. She has been dominating the court since 2002, owning the tag of no 1 player.

The American athlete won 14 Grand Slam doubles titles and was ranked the number 1 in Singles on seven separate occasions. Women’s Tennis Association also ranked the proficient player was no 8 in the world. In 2019, Williams was listed as the only woman on the Forbes list of the 100 highest-paid famous athletes in the world and in 2019; she stood 63rd rank on this list.

The tennis ace has a large net worth of $260 million, with a whopping $90million in prizes coming in prize money.

Fun Fact: Serena Willaims has invested in more than 60 startups and raised a maiden fund of $111 million.

Eight-time Olympic gold medalist, a successful athlete and the fastest man on earth; it’s none other than the Jamaican runner – Usain Bolt. His worldwide fame is due to his record-breaking sprints in the 100, 200 and 4*100-meter relay. Bolt’s world record of 9.58 seconds has stated him as the greeted sprinter. Simply put, if there were anything quicker than Bolt, it would be a Cheetah. He is the only sprinter to win the Olympic 100 m and 200 m in three consecutive Olympics. Bolt is not just a famous athlete runner but also much-loved.

His accomplishments and awards left no stones unturned in proving his competency. His expansion included a Bolt Mobility in the U.S that could proficiently reach the speed of 15 mph. The company then broadened the horizon with its services in Europe. The fastest human on the planet has a net worth of $90 million.

Fun Fact: Bolt is the only athlete to win four World Championship titles in a 200 m sprint.

And that was your access to the good life of the famous athletes. From a larger-than-life athlete list, casting a few names was a bit challenging for us. We kept the tabulate short and sweet. Let us know who inspires you the most.